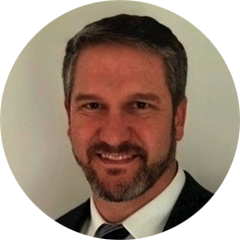 This is just a story. It begins on a very memorable day, a day that so many of us have our own story about: September 11th, 2001.

A young Marine was sitting on the couch with his four-year-old son and infant daughter watching the Fox News coverage of events in New York City and at the Pentagon on 9/11/2001.  Everything was different.  Yesterday, that Marine had been planning for the future of his family.  He was taking college courses.  He had a couple of years left to serve, and then he was going to take his family home.  Today, there was work to do and the future of his family was uncertain.

The Marine was on alert status.  When it became clear that America was under attack, he was told by his leadership to go home and pack for destinations unknown.  He did just that. It only took an hour, because what do you really need when you don’t know where you are going?

And now he sat.  On the couch, with his two kids and the cordless telephone waiting for the call.  His wife was in the kitchen making spaghetti because it was his favorite thing that she made.  It took all day, as she made it from scratch with no recipe.  It filled the house with the amazing aromas of oregano, tomato and garlic.  It was also her favorite meal to make because it reminded her of home. Family. And today of all days, she needed the distraction.

A week later that call came.  Then it was canceled.  Two more weeks and another call.  Again, canceled.  Another month, another call, another cancelation.  Then… Thanksgiving dinner… extended family visiting… some turkey…a lot of potatoes and pumpkin pie… the phone rang just as they sat down.  Time to go. Report the next day.

No issue, bags are still packed.

Goodbye wife, goodbye kids. I don’t know where I am going or when I will be back…

Turns out, it was later that evening.

And then another call the next week… Goodbye wife, goodbye kids. Same as last time.  This time, the Marine was only gone for two days.

Another week goes by. And then, four days later, a call to report in four hours.  Goodbyes again, this time his wife tells him “I love you, but don’t come back if there is another delay.  The kids are getting confused.”

He understood, every goodbye was getting worse. They didn’t know what was going on, but they were not liking it.

But this time it was different.  Cherry Point, NC to Camp Lejuene, NC to Newark, NJ to Nova Scotia, Canada to Shannon, Ireland to Hann, Germany to Sigonella, Sicily to Masirah, Oman to the USS Kitty Hawk, then finally to the USS Bataan in the North Arabian Gulf.  The trip took more than a week.  Sleeping in airports, on military aircraft, in hangars, a hastily erected tent, the hangar deck on the Kitty Hawk. Then, finally, a rack (bed) on the Bataan.

I’m sure you have figured out that the young Marine I am speaking of was me, but it could have been anyone or any one of us.  We were the first conventional forces in Afghanistan and the first US Forces in the south.  Most of us made it back, but not everyone. The story doesn’t end there, but I’m not ready to write those ones.

Twenty-five years later, here I sit having recently retired from military service.  A full career, with six combat deployments and several more trips to hostile areas, that would not have been if not for 9/11 and Afghanistan.  My son… that four year-old on the couch… recently commissioned into the Army.  My infant daughter, currently attending college and intending to serve.  My wife, a Veteran herself, had been called up while I was in Afghanistan, but ultimately not sent.  She is now an Army civilian.

Our lives were shaped by, and forever impacted by, that day and that service. These past few weeks, it’s been hard to watch the news from Afghanistan and to read the posts in my social media feeds. The posts that I cling to are the ones offering an ear, a conversation, some resources for anyone struggling to process it.  I’ve done some buddy checks for those that I know are struggling.  I’ve also avoided some of the worst of the coverage.  I am working through it.  With the twentieth anniversary of 9/11 tomorrow, I imagine many will experience similar feelings remembering the tragic events of that day that changed so many of our lives.

Our lives were shaped by, and forever impacted by, that day and that service.

This leads me to my suggestion: reach out.

If you are experiencing sadness, loss, or distress recalling your own story from this day twenty years ago or from your service, reach out. Find comfort in knowing that there are others out there feeling the same way. Reach out to people around you, opt in to support networks available to you, and know that you are not alone. The Department of Veterans Affairs (VA)  offers a wide range of support services and mental health resources for Veterans, their family members, and caregivers  – including a Veterans Crisis Line for immediate assistance. For FTC employees who feel the need for mental health services, our employee benefits plan features 24/7 mental health helpline for all employees and their dependents who need support. These resources can provide services, support, and encouragement to anyone who reaches out for help.

Opt in to support networks available to you and know that you are not alone.

Within FTC, the employee-driven Veteran & Military Network (VMN) is one of two employee resource groups that provide a community of support and engagement for employees seeking connection. It’s one way that we as an employee family support and look out for each other and for our fellow servicemen and women who are so integral to the FTC mission. VMN is always available, we have a discussion board called the Veteran Connections Forum in Teams where any employee can reach us at any time. We are here. We will listen. You can tell me your story, and I can tell you mine.

We all have difficult days, and tomorrow will certainly be one of them for so many of us whose lives changed twenty years ago. I take comfort in knowing that a community of support is just a click away.

I hope you will too.

Kevin is a Marine and a Soldier who spent 25 years in military intelligence in various combat zones and non-combat zones throughout the world. Kevin supports FTC’s DIA and Intelligence Community professionals as Program Manager and is an active member of the FTC Veteran & Military Network (VMN).